What does it mean action arena?

The action arena is more open and you need to engage more in the game. Lasers come from all sides and you have to react quickly.

What should we be aware of in the action arena?

How does that bonus work?

Bonus equipment in Arena I: If you find an elevated platform, go on it and turn around, you'll see a bonus. It isn't active for a whole game, but every two minutes. When it's not active, diodes are dead. When it activates, the red beacon beneath it activates and it can be seen nearly from all places in arena so players would know if they can acquire that bonus. Bonus itself is beneath the beacon and when active it blinks orange. You can get it from the platform in the corner of the arena. You see a red beacon, run on a platform, three or more times hit the orange flashing bonus beneath the beacon. The bonus then grants you immortality for 2é seconds (no one can kill you) or invisibility (vest goes dark, but you can still shoot) or gunfire shooting (the laser beams after each other instead of one). 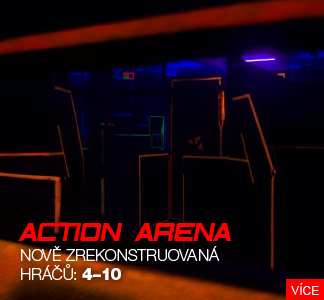 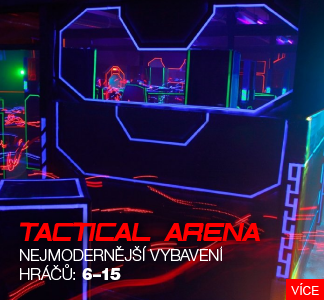